The Attorney General is today launching a fight against the ‘witch trials’ that have arisen.

Suella Braverman calls the diversity industry a ‘new religion’ where zealots seek to punish non-believers while others are too afraid to speak out.

In the Daily Mail article, he reveals that he has scrapped fitness training in his department after learning that staff had spent around 2,000 hours on the courses last year.

They were being lectured on ‘micro-incivilities’ and ‘how to be a straight partner’.

Ms Braverman, who stood down for the Tory leadership last month, says it is ‘absolutely dangerous’ for Whitehall lawyers to be taught they cannot challenge anyone who says they are offended by certain words.

“This does nothing to build solidarity and support but continues to emphasize differences, create a sense of “otherness” and pit different groups against each other,’ he writes.

Attorney General Suella Braverman, 42, says she has canceled equality training in her department after discovering her staff had spent 2,000 hours in Stonewall lectures. 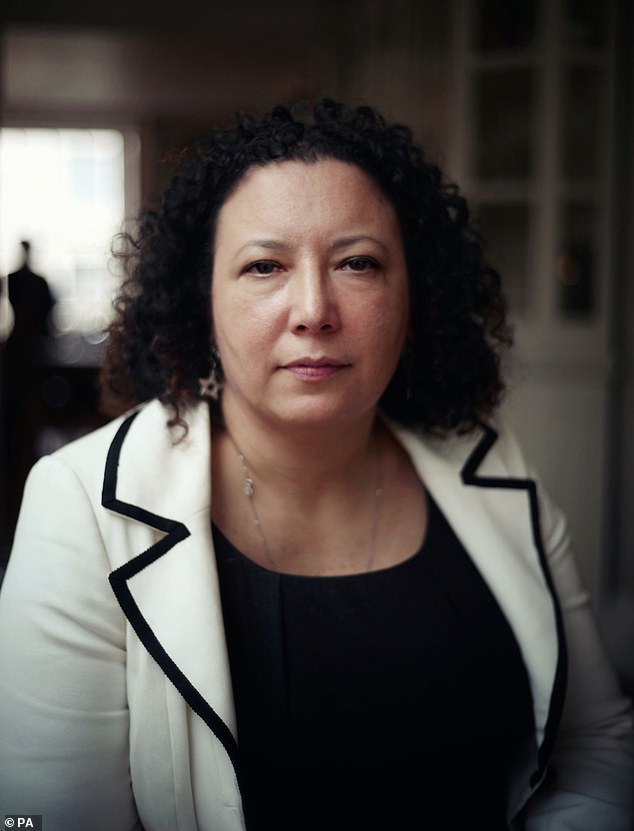 Ms Braverman warned against the dangers of diversity – using the example of Maya Forstater, who won an employment tribunal case last month over her ‘sexist’ views.

His outspoken comments come amid concerns over the influence of left-wing identity politics – particularly in the public sector – and the intolerance shown to those who oppose the new teachings.

Ms Braverman quotes Maya Forstater, who won an employment tribunal case last month over her ‘sexist’ comments, asking: ‘How did we get to the point where telling the truth about biology can get you fired?’

In another legal ruling last week, lawyer Allison Bailey appeared to be discriminated against by her own legal counsel after she made comments online about ‘transtremism’.

At the same time, the police continue to question and even arrest people for allegedly causing disgust and anxiety through their social networks and large organizations including the Bank of England have still signed up to influence the initiative of the champions of diversity of the Stonewall group despite ministers opposing it.

The Attorney General is praising the efforts of Tory leader Liz Truss in trying to change the situation after calling the ‘unconscious bias’ training a waste of time and promising to abandon diversity roles in the public sector.

Ms Braverman writes: ‘In government, I have seen her work hard to fight this vicious identity politics, which is stifling our power as much as the high tax burden. I’m really pleased that he’s committed to scrapping a range of jobs across Whitehall. England needs a lot of things but it certainly doesn’t need woke commissars running our minds.’

Just last month the Attorney General ordered officials at the State Legal Department, which employed 2,769 people in 2021-22, to tell him what diversity training was being done. He was outraged to discover that 1,900 hours of courses had been held – most of them by external, paid consultants – teaching a ‘left-wing perspective on race, gender and sexuality’ to staff including 600 lawyers. In one lecture, staff were told: ‘Not to be racist it is not enough, we must be anti-apartheid.’

One slide said that if a black person tells you that a phrase offends them, then that’s it and added: ‘It’s not up to you as a white person to tell them it’s not. Instead, educate yourself about why that phrase is offensive and stop using it.’

In a session on becoming an LGBT partner civil servants were encouraged to ‘recognise your privilege and transfer its benefits to others who don’t have it’.

Ms Braverman, who is the Government’s chief legal adviser, is said to be ‘very angry’ that taxpayers’ money was ‘wasted’ on orders ‘when it could be spent on more lawyers or something else more important’.

After telling his leaders to abandon the training, he asks other ministers to investigate the ongoing courses in their departments.

“Indeed we must take this divisive view and call it: a new religion with a new priestly class,” he writes today.

He says that some believe in the cause and “wear the garb of an inquisitor and never tire of rooting out unbelievers” but others “wear priestly clothes to avoid their opponents” or “nod and recite the faith because they are too afraid.” resist’.

Mrs Braverman concludes: ‘We need to worry less about what people say on Twitter, and more about making sure passports arrive on time, doctor appointments are available when needed, and the police turn up when they’re stolen.’ It emerged yesterday that another senior Whitehall ministry has told senior officials to hold ‘race partners’ discussions in team meetings. An email sent to staff at the Department for Work and Pensions from its Bame Integration Group, leaked on the Guido Fawkes website, says: ‘It is very easy to think that you are not personally affected by racism, so it is not your problem, or because you are not racist then you are doing enough. All you can do is become a partner. Not just a racing partner, but a partner to all who may need your help.’

The message also reminds civil servants ‘there is a pronunciation sheet with your names so please don’t forget to go in and include what you would like to be called and how you pronounce your name’.

Cabinet Office minister Jacob Rees-Mogg slammed the ‘awakened rubbish’ being taught to officers this week, telling LBC radio he had discovered one course called Check Yo Privilege, while another was ‘dedicated to telling people about witchcraft’.

A training video on the Leveling Up Department’s website tells civil servants to admit they ‘are part of a society, custom, culture or system that is discriminatory’.

SUELLA BRAVERMAN: The extremists have created a dangerous new religion – we must take serious action to take them on.

By Suella Braverman For The Daily Mail

It’s very easy to look at the past through the lens of the present and then use new principles to solve old scores. Today that tradition is called ‘Diversity, Equality and Inclusion’.

The new ‘DEI’ industry came about as a result of a culture of justice created by the combination of the new Human Rights at Work Act and the Equality Act.

The plight of women like Maya Forstater, who lost her job after tweeting that transgender women cannot change their biological sex, is all part of this long tail of Blairism.

His legal battle finally ended with the victory of common sense and freedom of speech. But how did we get to the point where telling the truth about biology can get you fired?

Whenever ministers mention these problems, people – quite rightly – ask: ‘What are you doing about it?’. 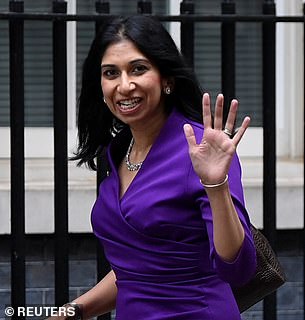 Attorney General Suella Braverman, 42, was dropped from the Conservative leadership race on July 14.

And so, as the Attorney General of the Government, I ordered my leaders to tell me about the various trainings going on in the Government Legal Department.

I was shocked to discover that hundreds of state attorneys spent nearly 2,000 hours of their taxpayer-funded time last year attending lectures on ‘less harassment’, ‘diverse experiences’ and ‘how to be a straight ally’, courtesy of the millers. , the gay, bisexual and transgender rights charity Stonewall.

The ‘white privilege’ experts who shared their knowledge were said to be authoritative but all followed a left-wing view of race, gender and sexuality that permeated their training material.

I would like to encourage other ministers to ask to see the various programs of their departments and to examine the value of the funds provided. After all, the ‘diversity’ agenda thrives in the dark.

State attorneys are told that if a black person says something offensive, then it is offensive, and they have no right to question it. How does that fit with the rule of law, or due process?

This type of thinking is dangerous in other departments, but in legal cases it is absolutely dangerous. It does nothing to build solidarity and encourage support but continues to emphasize differences, creates a sense of ‘otherness’ and pits different groups against each other.

Well, I have told my leaders to delete it. We really must take this divisive attitude and call it what it is: a new religion with a new priestly class.

Some enthusiasts believe it. Like the witch-finders of the Middle Ages, they wear the garb of an inquisitor and never tire of ridding the unbelievers. Some wear priestly robes to drive away their opponents, while others nod and recite the creed because they are too afraid to contradict each other.

Neither of these approaches is acceptable in modern England. We are all for creating a fair and welcoming workplace, but focusing relentlessly on dividing us into different groups instead of building friendships based on unifying values ​​is wrong.

This is something that Liz Truss has been very good at. He told the Tory conference that “we reject the zero-sum game of identity politics, we reject culture-defying liberalism, and we reject the narrow-mindedness of narrow expectations”.

In government, I have seen him work hard to fight against this corrupt identity politics, which stifles our potential just like the heavy tax burden. I’m really pleased that he’s committed to scrapping a range of jobs across Whitehall.

Britain needs a lot of things but it certainly doesn’t need woke commissars running our minds. We need to worry less about what people are saying on Twitter, and more about making sure passports arrive on time, doctor’s appointments are available when needed, and the police show up when they’re stolen.

Diversity jobs may have been created with good intentions, but it is clear that they are now part of the problem, not the solution.