Critics were fired. The sun was shining. The whole country was in a state of ecstasy, fueled by a huge wave of patriotic feelings – and not just a small amount of alcohol.

Yesterday came a hangover. And how painful it was.

Most of us woke up to a morning of dull, sad rain. The London Underground was shut down by a hate strike, marking a summer of misery caused by a coalition on the British railway network.

And what were Tory legislators doing to help voters cope with this storm of real-world problems? Absolutely nothing.

Instead, they hit the self-destructive button, and started a mad civil war. 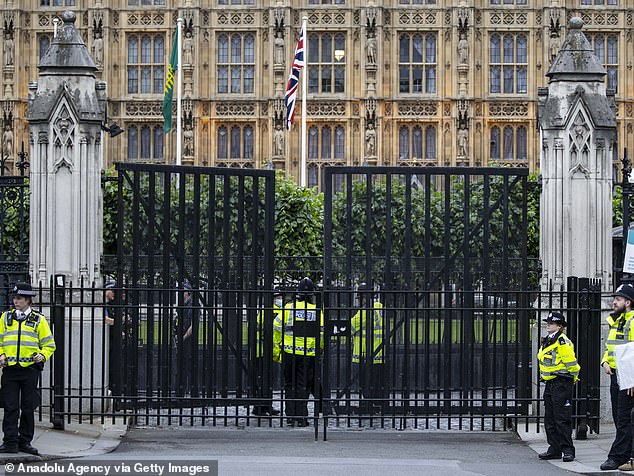 Boris Johnson won last night’s vote of no confidence in him, but the result was disappointing. While 211 Tory MPs supported him, 148 – 41 percent of the parliamentary party – did not support him.

He now has a responsibility to assert his authority, and this paper sincerely hopes that the faithful Conservatives will surround him in that role.

As the Prime Minister said, the vote is over and ‘it is time now to unite and fulfill the people’s priorities’.

How the hearts of the electorate must be immersed. Just 30 months ago they elected Boris by a landslide to submit to Brexit and realize his vision of uniting and balancing the country.

Within a few weeks he had submitted in the first part of the agreement, reviewing the withdrawal agreement which Remainers said was impossible.

The next day, he started hard even before Covid crashed, announcing new free stations and approving thousands of Whitehall jobs to be relocated north.

But now, as if in a 21st-century Shakespearean tragedy, his colleagues – many of whom could not have been elected without him – are plotting to overthrow him.

It is as opposed to democracy as it is to traitors. 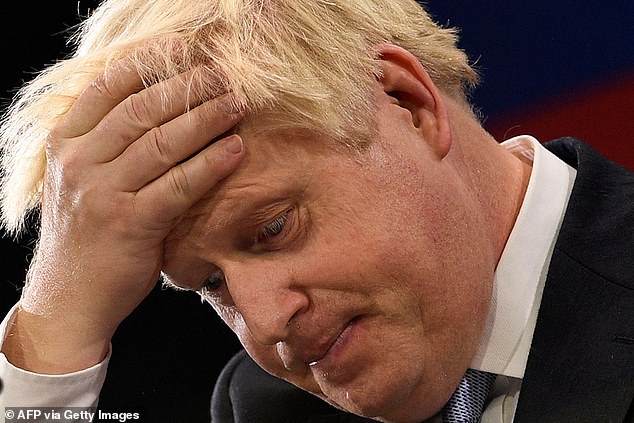 Boris stood firm against Russia’s aggression while France and Germany preached peace. As a liberal country, we should be proud of its decision

Perhaps the most despised aspect of this fun putsch is that the tenants have no reliable idea of ​​what will follow.

For their party, it could be a long period in the political wilderness. We know from a long experience that voters will not choose a war-torn party.

The insurgency has been fueled by a separate group of advocates, most of whom have not usually given each other time for days, let alone agreeing on policy issues. They are united only by the desire to defend their leader.

It is people who have been ministers, who seek attention, who are quick and, of course, a group of angry Remains who will never forgive Boris for respecting the results of the referendum which they tried so hard to undo.

The leader of this last group is Jeremy Hunt, who had a very poor record as Secretary of Health and was later fired by Mr Johnson as Minister of Foreign Affairs.

Mr. Hunt is ready for revenge. He has a copper neck to say he absolutely did not want to have a leadership debate. But as the Letter shows today, he has been preparing for this moment for more than a year, hoping to grab the Tory crown.

He is said to have even organized an air cabinet, including Andrew ‘Plebgate’ Mitchell and Tobias Ellwood, who last week called on Britain to re-enter the same market. 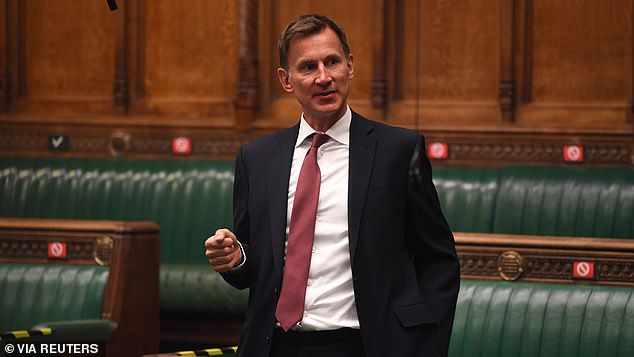 Mr Hunt urged his fellow lawmakers to vote for change. His idea of ​​change is to bring the party back to the future – with all the horrible hatreds it could have

In a statement yesterday, Mr Hunt called on his fellow lawmakers to vote for change. His idea of ​​change is to bring the party back to the future – with all the horrible hatreds it could have.

He voted to Remain in the referendum, supported the second public vote on the conditions for withdrawal from the European Union and was the leader in cheering for Theresa May’s voice of the withdrawal plan. Indeed, Tory critics call her ‘Theresa May in her pants – without charisma’.

When will he and his fellow travelers realize that the Brexit war is over and that they have lost?

It is like the Japanese soldiers fighting in the jungle several years after the declaration of war.

Neither party nor country wants to be spared such a gruesome war.

And if Mr Hunt believes he can win the election by promising to roll back the clock, he is very deceived. As Johnson’s loyal player Nadine Dorries told him yesterday: ‘You’m wrong about almost everything. You are wrong again. ‘ 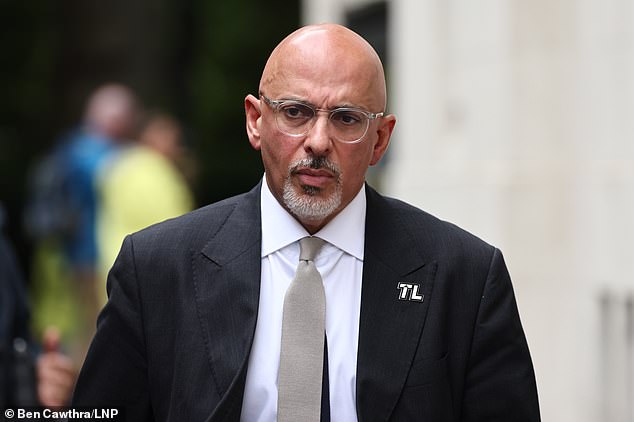 There are talented and powerful ministers, such as Liz Truss and Nadhim Zahawi. But they have not been tested to the limit

Nor is there any clear successor – certainly none in Mr Johnson’s league as the winner of the vote. There are talented and powerful ministers, such as Liz Truss and Nadhim Zahawi. But they have not been tested to the limit.

With most tenants, the intentions are personal rather than political. Mr Johnson has never been part of the Westminster organization and has a handful of natural partners in the bubble.

But having climbed on his jacket tails when it suited them, turning him around so fast now, in this time of national and international crisis, is just a shame.

Attacks against it by the mainstream media – BBC, Sky, Channel 4, ITN – have also been unrelenting and unrelenting. Even Jeremy Corbyn was further shaken.

Partygate was an opportunity sent by heaven for this sanctification of holiness to join Labor in the process of feeding good people. True, Downing Street feasts should not have happened but, from other TV commercials, you would have thought he would lead a drunken brawl through the caretaker’s house.

On the contrary, Beergate hypocrite Sir Keir Starmer has been acting like a madman for weeks about his lawless party in Durham without a breath of criticism from Boris’ opponents.

The animation towards Mr Johnson is not straightforward. Just look at his record in government, many of which have been used to combat the global catastrophe.

In addition to making Brexit happen, he inspired the miracle of a global strike and put the UK economy straight through the worst health crisis in centuries. 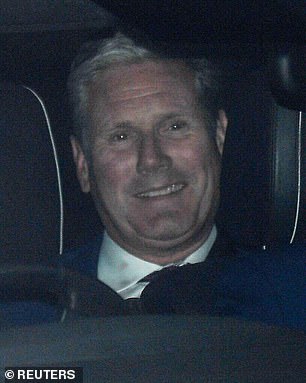 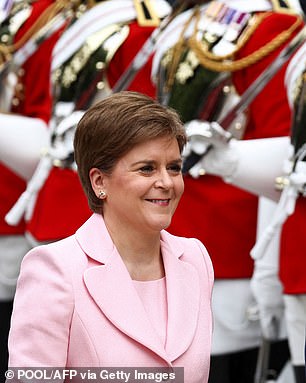 Beergate hypocrite Sir Keir Starmer has been haunting himself for weeks for his law-breaking party in Durham without a breath of criticism from Boris’ opponents. But the tragic consequence of this vicious plot is that it plays into the hands of not only Labor but also Lib Dems, Scotland Patriots and Greens. 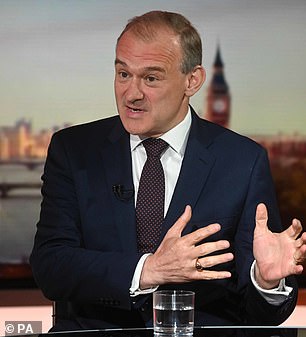 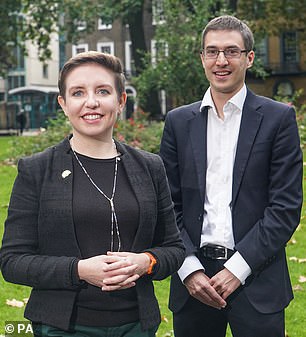 If the Tories continue, these small parties will form a nightmare alliance that is sure to bring the country to its knees. The collapse of the UK, prostration, wake-up tax, all kinds of green madness and a high probability of voting for 16-year-olds will be on the cards.

Unemployment is at a record low and, although low, the UK growth rate is the highest in the G7. Imagine where we would be if Mr Corbyn and John McDonnell won in 2019. Bankruptcy – and he is still in custody.

On Ukraine, too, Boris stood firm against the Russian invasion while France and Germany preached peace. As a liberal country, we should be proud of its decision.

But the most surprising result of this tawdry plot is that it plays not only in the hands of Labor but also the Lib Dems, Scottish Patriots and Greens.

Should the Coalition of Tories emerge, these small parties will form a nightmare alliance that is sure to bring the country to its knees. The collapse of the UK, prostration, wake-up tax, all kinds of green madness and a high probability of voting for 16-year-olds will be on the cards.

There would also be a step towards equal representation, and placing this country in the abyss of union politics permanently.

The Tories have more than two years to prove they deserve another term in government. They can only do so if they stop looking at the hub and continue the work of improving the lives of their constituents.

If it continues, this firing squad may have only one result. Extreme bloodshed that pushes Sir Keir and his coalition of thugs into government.